Back Behind the Decks after a long hiatus - Back to noise.

A celebratory event for the release of the new STAB ELECTRONICS album "Enemy Of Pigs". Format is LP and tape.

Iron Fist of the Sun 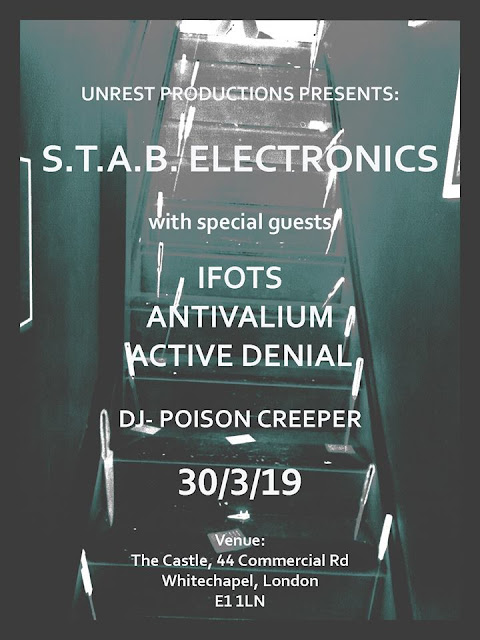 A Bundle Of Broken Nerves New Mix up!

New Set is up. 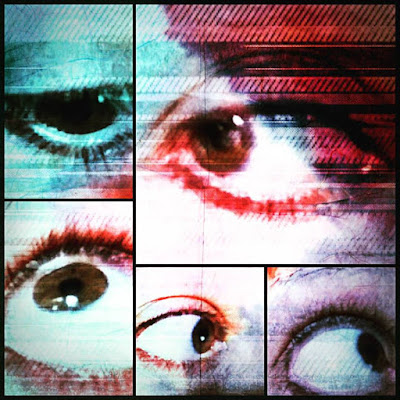 Because they came up in a conversation with a friend on friday.

**** MOVIE INFO On the heels of their 2006 concert tour, Icelandic alternative rockers Sigur Ros return to their picturesque homeland for a series of free, unannounced concerts. Follow the band as they perform their mesmerizing brand of hypnotic pop at such unconventional venues as an abandoned fish factory, a small-town coffee shop, and a protest site at a controversial dam. Candid interviews with the band find the performers discussing what it's like to return home after an extended tour, and what it's like to perform for their fans around the world. ~ Jason Buchanan, Rovi Rating: Unrated Genre: Musical & Performing Arts, Documentary Directed By: Dean DeBlois In Theaters: Nov 2, 2007 Wide Runtime: 1 hr. 37 min. EMI Records - Official Site (from: http://www.rottentomatoes.com/m/heima/) In 2006, post-rock cum quasi-classical soundscape quartet Sigur Rós returned home to Iceland after a world tour to play a series of free shows. For the band, it was a way of giving something back to the locals who’d long been supportive of them and an acknowledgement of how Iceland looms large in their aesthetic. Filmed over two weeks in summer, ‘Heima’ (meaning ‘at home’ or ‘homeland’) is a record of these gigs, played in venues as unlikely as a disused herring factory and – alfresco and entirely acoustic – an anti-dam protest camp, with additional footage of the band rehearsing, candid backstage shots and interviews with the extended group of players. Iceland’s extraordinary natural beauty is as much a star of the movie as Sigur Rós’s magisterial music and the all-local crew could hardly have done a more impressive promotional job had ‘Heima’ been commissioned by the Icelandic Tourist Board itself. Filming every one of the seven shows means a repetitiveness sets in and there is perhaps one too many shots of photogenic children staring wide-eyed in wonder while the band plays. But, as rock movies go, this provides an atypically intense – and enormously pleasurable – experience. BY: SHARON O'CONNELL POSTED: MONDAY OCTOBER 29 2007 (from http://www.timeout.com/london/film/heima)
Posted by Proxy 23 at 06:26 No comments:

MoodSwings of the day 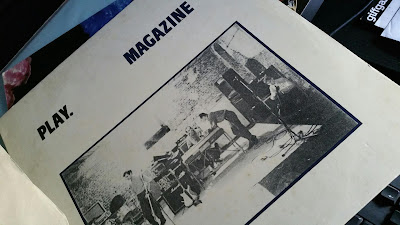 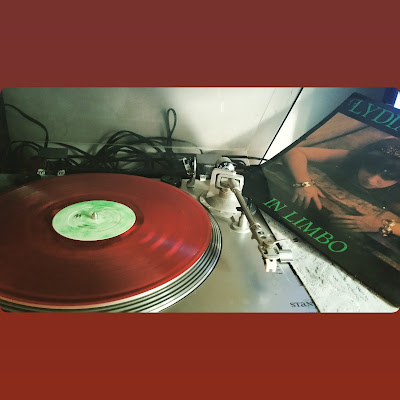 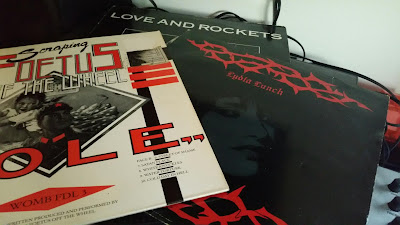 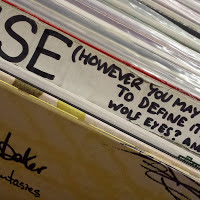 
We all know the drill: a successful songwriting partnership breaks up, and the defector goes on to form a band that either sounds exactly the same as his former band-- or one that sounds exactly the same, but much, much worse. In the annals of pop music history, Magazine were something of an exception, seeing how they matched the Buzzcocks in many ways while still spiraling off on several new tangents. If the Buzzcocks were a melodically inclined punk band that helped transition punk to new wave, Magazine were a new wave band that retained the fury and edginess of punk. The difference may have ultimately boiled down to the use of synthesizers, but still, Magazine posed much darker stuff than the Buzzcocks, and differently, too. As spin-offs go, Magazine were no mere copycats. They were something else entirely. Howard Devoto was only in the Buzzcocks for a few months before ceding control to Pete Shelley. And, burning hot and bright, Magazine itself lasted only a few years. What they released, though, comprises one of the most distinctive catalogs in new wave, ranging from "Shot by Both Sides", the defining outburst of alienation, to more refined takes on the same subject like "A Song From Under the Floorboards", the last of Magazine's songs to feature founding guitarist John McGeoch before he jumped ship to Siouxsie and the Banshees. That line-up switch is pivotal to Magazine's Play, a 1980 live album recorded in Australia and featuring McGeoch's freshly tapped (and short-lived) replacement Robin Simon. Most bands wouldn't have dared press "record" with the new guy barely installed, but clearly Magazine knew what they were doing. While hardly epic, the disc bristles with intensity and arty, angular grit. In fact, for a while, Play might have been the best introduction to the band, as it showcases several of the group's best attributes-- Devoto's acidic singing, the disorienting keyboards, and future Bad Seed Barry Adamson's pulsing bass. That's not really the case anymore, since the band's four studio albums are widely available in remastered editions and Magazine's discography has been distilled down to the pretty solid best-of Where the Power Is. For more enthusiastic listeners, there's also the 3xCD companion Maybe It's Right to Be Nervous Now, which featured several of the group's most familiar songs, either live or in alternate form. And finally, there's the small matter that Play lacks the trademark "Shot by Both Sides". Yet it's still substantial. Magazine were plenty muscular and, for a new wave act, not afraid to drop the sheen in favor of something less polished. Not that the likes of "Definitive Gaze" or "The Light Pours Out of Me" were ever particularly polished, but Play does show off the more feral side of the band, even when toning down the guitars on "A Song From Under the Floorboards" or deconstructing Sly Stone's "Thank You (Falettinme Be Mice Elf Agin)". It's for fans only at this point, but arriving just in time for next year's reunion, Play is a welcome reminder of the band's prowess.
Posted by Proxy 23 at 05:39 No comments:

{from: http://www.afuturewithout.com/artists/}
52 Commercial Road are a post-rock group from London, England who began in 2003. Formed in the bedrooms of five close friends, at seventeen they found they all held uncommon musical interests and influences. And so began learning their craft together to make the music they longed to hear. Eventually finding a more suitable home amongst London’s activist and squatting scene, they refined their creative instincts in the abandoned structures from where they eventually took their name. 52 Commercial Road signified a place of shared experience, youth, hedonism, freedom and an existence outside of mainstream culture. It has come to define and represent a collective memory, of transience, identity and politicisation. Gigging extensively in occupied spaces, such as car show-rooms, universities, factories, shops, warehouses, clubs, pubs and houses for various social and political causes as well as the obligatory venue circuit, they gained a reputation for taking listeners on immersive and introspective journeys. Whilst in the process of recording their 1st full length album, the line up was often subject to change but the core of the band continued and evolved, taking in new members and influences finding a new maturity. The self titled piece was produced, manufactured and released independently in 2008. In 2010 they set about recording a 2nd Album at the prestigious Eastcote studios. Initial sessions there with engineer Sam Navel proved so fruitful that they managed to complete the project in September of the same year. The band organised a special launch night for their album ‘A Wreck Provides An Excellent Foundation’ producing 120 individually designed sleeves, and in suitably fitting manner, resisted the eviction of the venue. The album has since gained critical acclaim, generating interest and sales in the UK, Europe, North/South America and Asia. Off the back of playing numerous parties and festivals in the UK and Europe, the band have built up a strong following of dedicated fans.
Posted by Proxy 23 at 05:03 No comments: